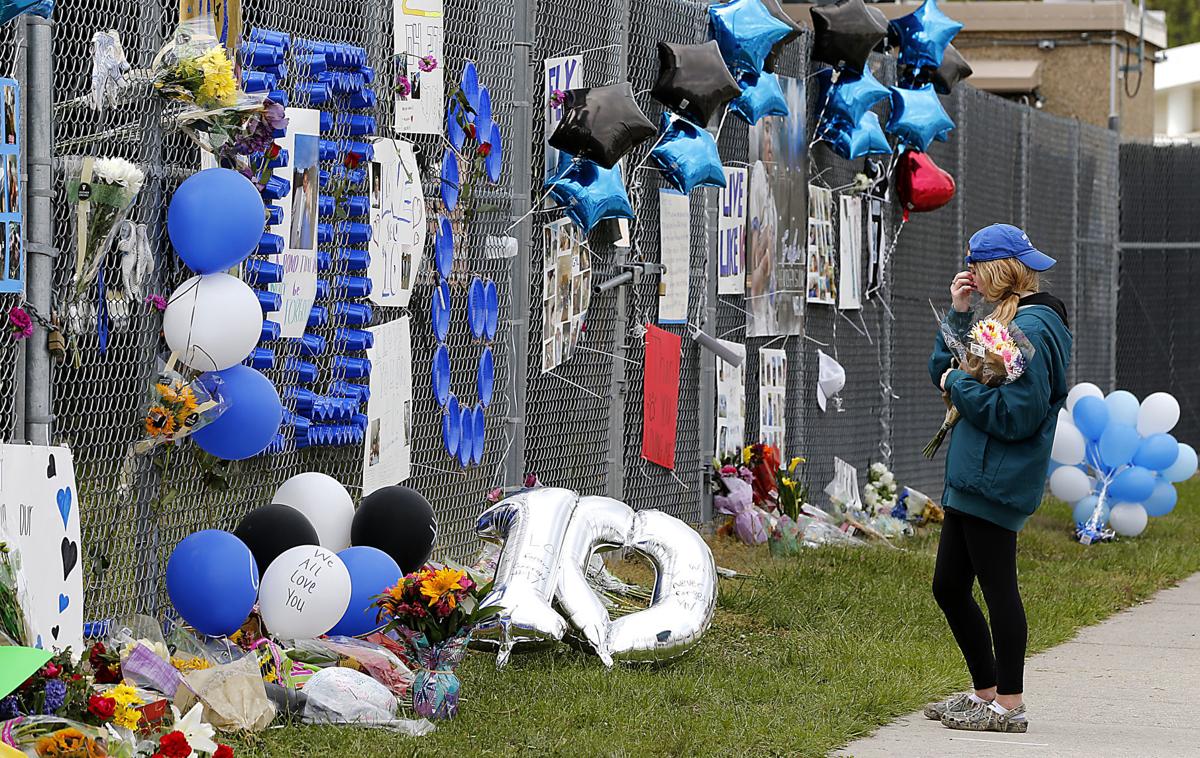 A memorial for student-athlete Gabe Henderson, who died in a boating accident on Lake Anna last month, was erected at Deep Run High School. An investigation into the accident is ongoing. 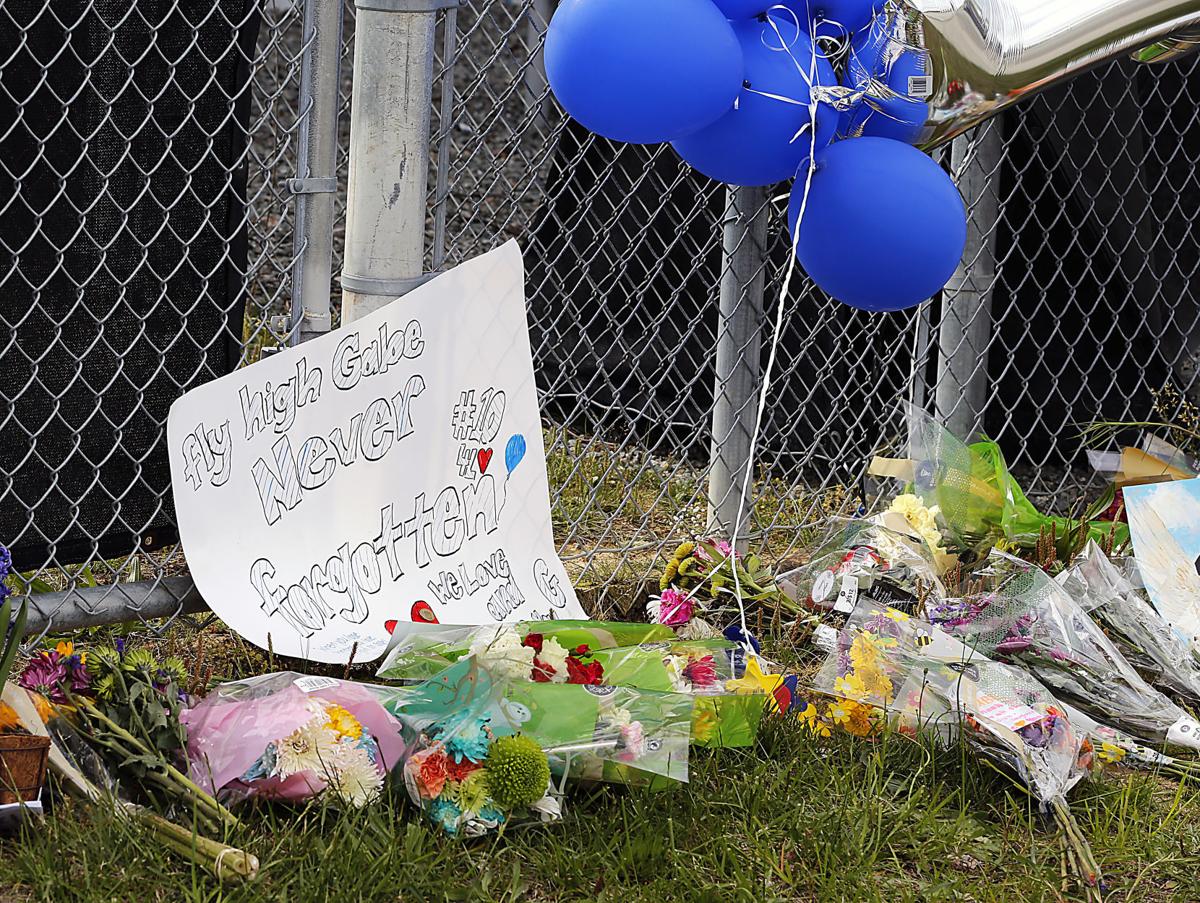 A memorial for Gabe Henderson along the fence at Deep Run High School stadium Tues. April 28, 2020. 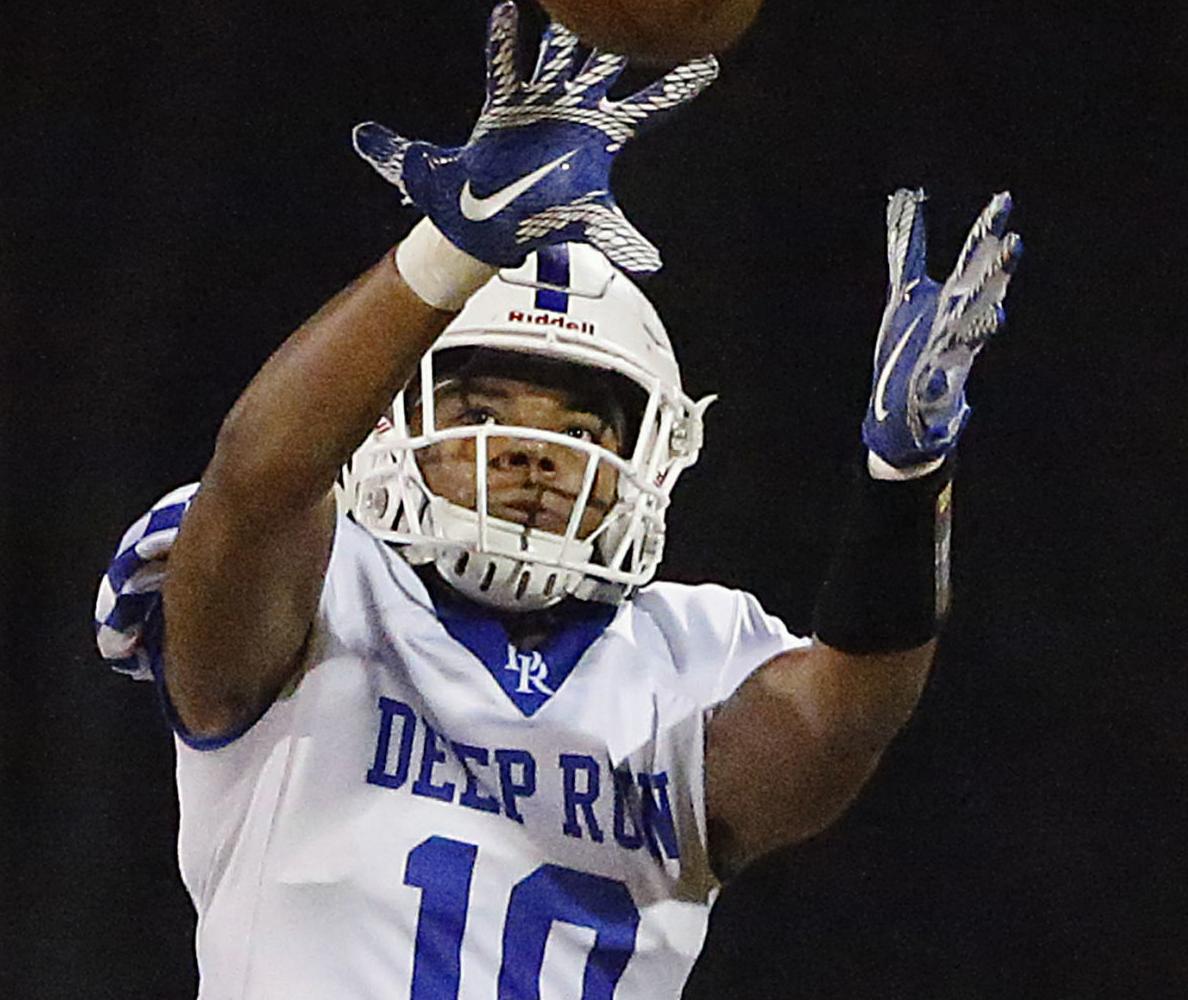 Henderson was offered scholarships by the College of William & Mary and Virginia Military Institute. 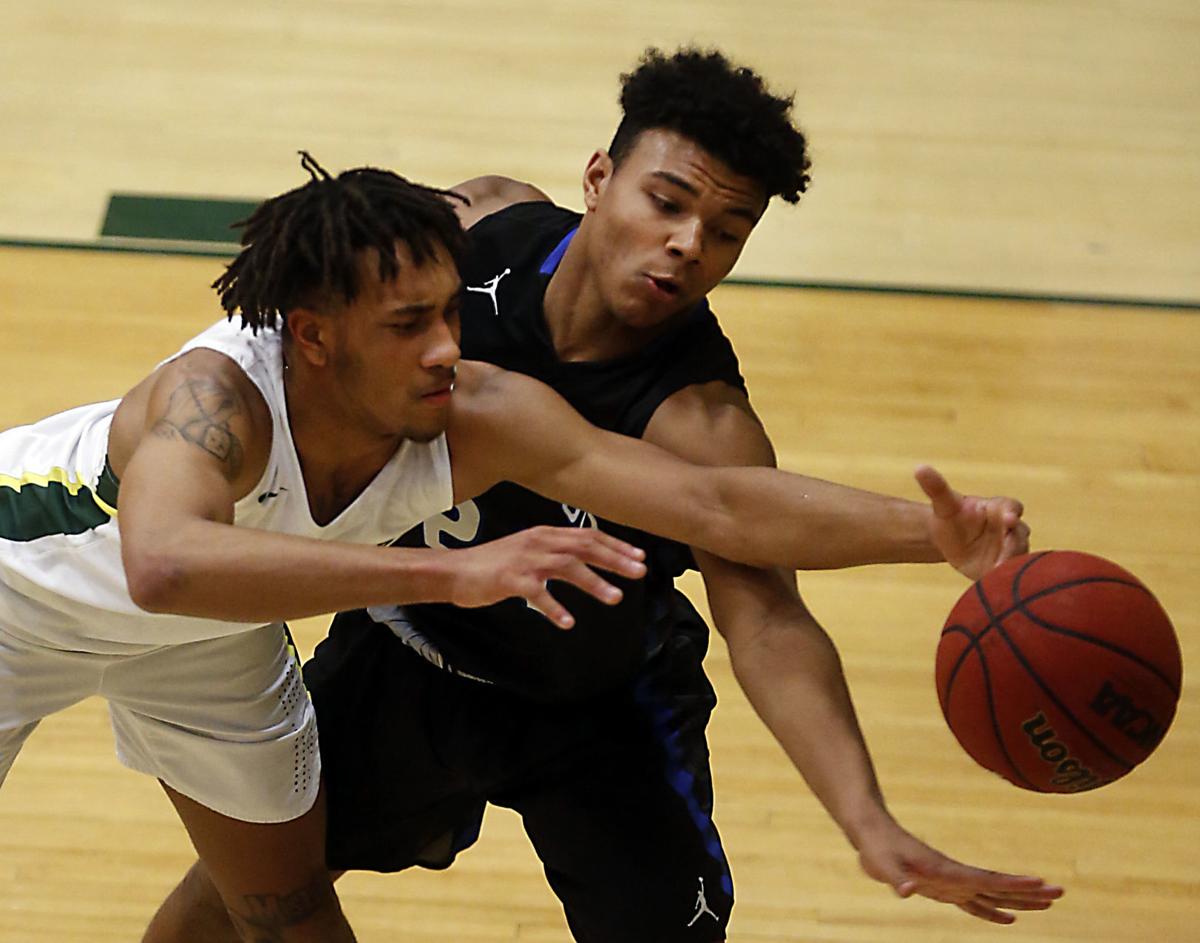 A memorial for student-athlete Gabe Henderson, who died in a boating accident on Lake Anna last month, was erected at Deep Run High School. An investigation into the accident is ongoing.

A memorial for Gabe Henderson along the fence at Deep Run High School stadium Tues. April 28, 2020.

Henderson was offered scholarships by the College of William & Mary and Virginia Military Institute.

High wind and cold water are to blame for a boating accident on Lake Anna that claimed the life of a Deep Run High School football player on April 27, according to an investigation by the Virginia Department of Game and Inland Fisheries.

Gabe Henderson, 17, died after the boat in which he was riding hit a shoal, took on water and sank. The three other individuals on the boat, identified only as Henrico County high school students, survived.

The teens were not using alcohol or speeding when the accident occurred, according to Paige Pearson, a spokeswoman for the DGIF. A cause of death has not been determined, and the investigation is still ongoing.

The wind was especially strong, causing white caps on the surface of the water, which may have obstructed the shoal. Water came over the bow, and as the 18-to-20-foot boat began to sink, the four teenagers disembarked and tried walking to shore, only to find the water got deeper away from the shoal. The water temperature was 61 degrees, which is cold enough that a submerged person can struggle to control his or her breathing.

One of the four swam to shore and reached the bank. The others tried to swim but became distressed and somehow were separated. A nearby homeowner witnessed the teens struggling, boarded his boat and took off into the water. He rescued two of them.

After returning the pair to shore, the neighbor, who was not named in the investigation, returned to the water to look for Henderson but was unable to find him. A dive team discovered Henderson’s body about four hours later.

Authorities raised the boat from the water and found unused life vests aboard. It is unclear if there was damage to the boat.

At Deep Run High School, a memorial has been erected between the student parking lot and the football stadium that stretches 13 parking spots wide. The words “Live like 10,” a reference to Henderson’s football jersey number, were printed in large black paperboard letters and hammered into the small patch of grass.

There is a giant No. 10 formed by royal blue Solo cups jammed into the chain-link fence, 59 photos blown up and fastened with zip ties and 207 bouquets of flowers, soaked from several days of rain, set neatly along the ground.

The crowds of students that gathered last week have diminished, but occasionally a car will enter the parking lot and ease past the reminders of the young man’s life.

Henderson, a junior at Deep Run, played football and basketball and ran track. The school’s basketball coach, Justin Hayes, remembers how much Henderson matured during his high school years.

Henderson had played middle school and AAU basketball, but when he got to Deep Run in the ninth grade, he decided not to join the school team. He changed his mind in the 10th grade, and he wanted to leap over junior varsity and enroll in the varsity.

It doesn’t work like that, Hayes informed the youngster. You can’t just skip a year of basketball and expect to return at a high level. You need repetitions if you expect to be good.

So Henderson reluctantly tried out for the JV. He made the team but later injured his shoulder and missed the season. When junior year came, he wanted to try out for the varsity again, even though he hadn’t played basketball in two years.

Hayes was brutally honest, telling him, “I’m not quite sure about your maturity yet.”

But in the months to come, Henderson proved his coach wrong. A different version of Henderson showed up at tryouts, one who proved he was prepared for the rigors of varsity basketball. Hayes did something he has never done in his 16 years as a coach — he put a player with two years of rust on the varsity roster.

“I don’t know what prompted that maturity, whether it was age or somebody got to him or whatever the case was,” Hayes said.

Henderson was tall and sturdy — 6-foot-3, 200 pounds — the kind of player good at driving to the basket. Hayes would tell him not to shoot 3-pointers in games. One night, the opportunity arose to take a 3, and Henderson went for it. He made the shot, and he turned to let Hayes know about it.

Henderson became a better 3-point shooter as the season went on, and he eventually finished 8 of 26 (31%) for the season. He was a role player on the team, averaging 16 minutes, 2 points and 4 rebounds.

His best sport was football, where he played wide receiver. In 2019, he caught 26 passes for 461 yards and five touchdowns. The Wildcats finished the year 11-1 and enjoyed one of their best seasons ever. After the football season ended, he was offered scholarships by the College of William & Mary and Virginia Military Institute.

More than that, he was the kind of friend who other students wanted to be around and the kind of student who teachers wanted in their classes, Hayes said.

“He had an infectious spirit about him, so he’s just going to be really missed,” Hayes added.

A foundation to assist student-athletes at Deep Run will be started in his name, called the Gabe Henderson Live Like 10 Foundation, according to his obituary.

Eric Kolenich writes sports stories for the Richmond Times-Dispatch, focusing on local athletes and teams. He graduated from the University of Virginia in 2008 with a BA in English and joined the paper in 2009. (804) 649-6109

Should we make life vests mandatory for minors?

Totally heartbreaking. Devastation .... the life vests were not used.

Tell all my mourners

Cause there ain't no sense

In my bein' dead.

Sad story of a young life that is gone to soon!

Welcome to the discussion.

Please keep it clean, turn off CAPS LOCK and don't threaten anyone. Be truthful, nice and proactive. Comments cannot be edited or deleted once posted. To flag a comment to the page administrator, click “report” next to that comment.

Keep your coffee hot with a RTD Checklist Traveler Tumbler for $11.50

SALE: "Stories and Recipes from Clare's Kitchen" for $9.99

Travel the back roads again: "More People, Places and Pie Around Va." for $34.95

Trusted Divorce/Custody Lawyer Before you move out or file for Divorce or Custody in court, …

Get tickets for Taste of Richmond

The winners are in! View the results of RTD The Best 2019

Get up-to-the-minute news sent straight to your device.